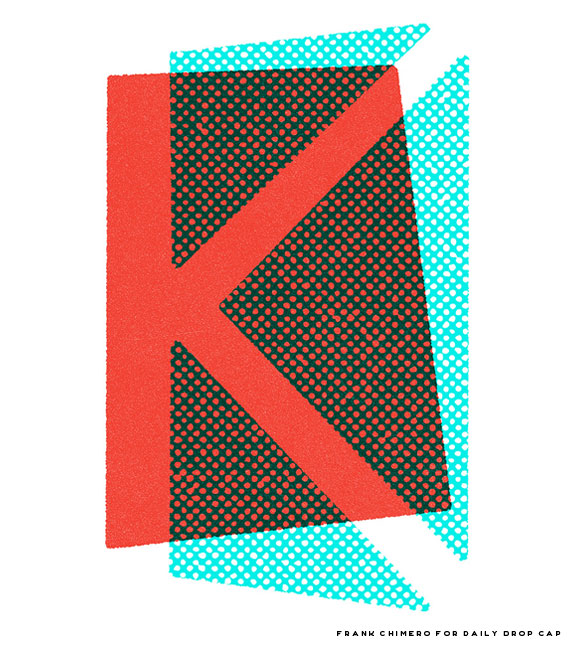 ickstarter (or really, all you fine internet folk) is about to pay Frank Chimero a buttload of money for his upcoming book The Shape of Design, and that is awesome. I’m assuming you are all as jealous as me that he has a legit excuse to take a few months off to write, but thankfully he had time to draw this awesome K before retreating to the woods of Oregon. Aside from being a writer, thinker, educator and general internet person of interest, Frank is also a designistrator with a style rooted in printy textures and Paul Randish plays of shape and color. His K feels like it would be as at home in 1954 as it does in 2011.